What You’ve Got to Know About the Lychee Fruit 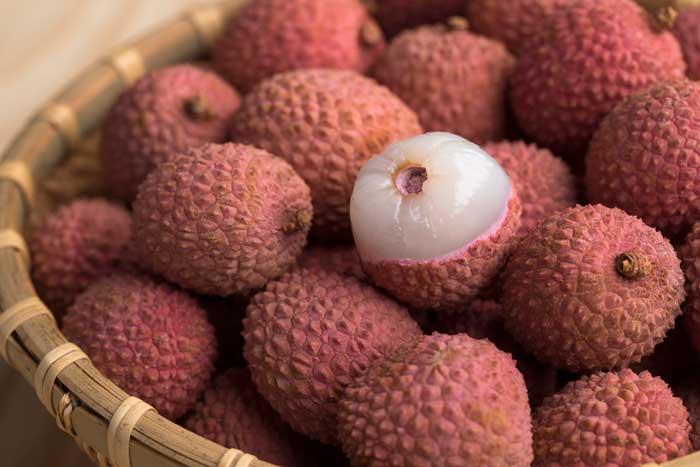 Maybe you’ve enjoyed drinking lychee-flavored boba tea, or bubble tea. Or maybe you’ve been shopping at your local Asian supermarket and stopped to wonder what they tasted like? The lychee fruit is unique, and there is a reason why it’s also known as the alligator strawberry. Let’s learn more about it!

The Origin of The Fruit

Lychee originates from Southeast Asia. if you are familiar with the Cantonese style of Chinese cooking, then you might recognize it as an important element of that type of cuisine. It first reached the west in 1775 when it was transplanted into Jamaican soil. Warmer parts of the US, like Florida and Hawaii, are now two of the biggest hotbeds for American-grown lychee fruits.

Let’s switch gears and learn more about picking the lychee fruits. It can be harvested in the summer, so you have some time to read up and prepare your recipes. One thing of note is that the lychee doesn’t ripen any more after being picked, which means choosing the tastiest looking fruits becomes even more important. They should be bright, but with a deep red hue. Make sure they aren’t bruised, either. You might also be able to find canned or dried lychee fruit, but it might be spelled as “litchi nuts” instead.

You need to get the skin off before you can eat it, so there is that. Dig your fingernail into the stem and peel the skin away. For a large number of lychees, you will want to use a serrated knife. The fruit will be wrapped around a large seed. Cut the flesh of the lychee as you would an avocado and get the seed out.

You might not be able to eat all of the lychees all at once, and that’s okay! Wrap any unpeeled fruits with a paper towel and put them in a plastic bag and then store them in the fridge. However, you shouldn’t let them sit in there for more than a week, since they will continue to ferment. Freezing them works too.

You can add lychee to a fruit salad. Turn them into a jam that you can spread on your toast! Smoothies and cocktails also benefit from the zap of lychee flavor. You can also snack on them, too!

Stay Connected With Us

We use cookies to ensure that we give you the best experience on our website. If you continue to use this site we will assume that you are happy with it.Agree